You may find the following links useful: 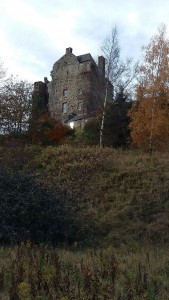 For further information about The New Farmhouse or to book, contact Joyce & Robert Laird